for becoming a Financial Life Coach came about after a year-long personal crisis a few years back.

I was a financial consultant for eight years and for most of them, things were pretty great. About halfway through, I was promoted to the role of Division Director where I eventually became one of the company’s top achievers. As recognition, I was invited to lavish conferences in places like Tokyo and Rome.

I had money, status, recognition, responsibility and my parents were proud of me. My years of hard work had paid off. I had finally “arrived”. But, I also had a bright career ahead of me. Money was no longer an issue. Not only was I making over six figures, but that figure was growing and I was only 36 years old.

Life Was Also Not So Great

However, the reality was I was working very long hours. I was still pressured to recruit and aggressively expand my consultant base and sell and grow all areas of my business. But I felt like I had already paid my dues. I was at a point where I was looking forward to finally add back more “life” to my “work-life” balance.

Despite my success, I’d still be coming home at 8, 9 sometimes 10 o’clock at night to my fiancé, whom I eventually married.

Luckily, we didn’t have kids yet, but that’s what got me thinking:

At the ripe old age of 36 I was burnt out. I finally understood what people meant when they said their job was like being trapped in a pair of golden handcuffs.

I took days off here and there and went on long weekend trips out of town almost every month. But then I realized it wasn’t just the evening appointments and the long days, because I could balance those with a few days off every month… It was the work!

Something was missing, I wanted something more. Actually, not so much “more”, but something different. I was so caught up making a living that I had lost sight of making a life.

I had had enough of living my life according to someone else’s corporate objectives. It was then that I also realized that I needed an escape plan—an escape plan from my day job—which had become my day “prison”.

So, I started running the numbers. I ran them over and over and found that I could actually make it work. If we made what some would call drastic changes, then for at least three solid years, financially, we’d be fine.

But there was one other problem: I was married.

The marriage wasn’t the problem, but I couldn’t just quit my job without my wife’s support. And what about our future children? What was I going to do for money after my three-year hiatus?

My dilemma was no secret to my wife. She hated seeing me so stressed and unhappy day after day.

I remember driving home one night from another evening appointment on the other side of town. I was stuck on the highway for over two hours on a trip that should’ve taken a little more than 30 minutes had there been no traffic. I had left the client’s house just after 9:00 pm and expected to be home before 10:00 pm. But, by the time I got home, it was nearly midnight.

With a heavy heart, I opened the front door quietly, took off my shoes and went upstairs, tried not to wake my wife, but subconsciously, I think I really did, because I needed to talk.

I opened the door to our bedroom and in the dark my wife called out to me “honey?”

“Why’re you home so late?” she asked.

“There was an accident on the highway” I replied. And I sat down at the foot of the bed with my back to her. “Another late night traffic jam”.

Then she switched on her bedside lamp and looked at me, bleary-eyed.

I looked back at her and I said, “I’m miserable at work, honey, and I’m tired. I’m tired of being miserable and I don’t want to be a miserable husband and I’m scared I’m going to be a miserable father one day if I keep this up. Please, can I quit? I’ve given it more than a year. I tried to make the best of it, but I just can’t do this anymore.”

My wife looked away and was silent for what seemed like an eternity. Then she said, “Well, you say the numbers work and you say we’ll be okay for at least three years, right?”

“And it kills me to see you this way. Worst case scenario, you’re okay with going back and getting a regular job if this doesn’t work out, right?”

The First Day of the Rest of My Life

Right then and there a huge weight was lifted from my chest. Even though it was the middle of the night, I swear the sun came out from behind the clouds. Birds were chirping. Little forest animals appeared and ate from my hand. There was a rainbow and harp music….

I gave my formal resignation within two weeks and wrapped up my business shortly after that. Once I was free, I immediately started crossing things off my bucket list: The first thing I crossed off was I went on a week-long silent retreat. Soon after that, we had our first son, AND… we finally went on that three-month vacation in the Philippines.

I had gone from only making a living to truly living a life.

Looking back at that low point, I realize now that I needed three critical things to make that dramatic shift:

And that’s what I feel I’m truly called to do for others—help them get really clear on what they want their life to look like, put together a realistic financial plan to get them there and provide the critical moral support as they make that happen.

What Makes Me Special

I spend more time helping my clients clarifying their life goals and determining their values than the typical financial advisors. I delve deeper into the nitty gritty money details than the typical life coach, thus I consider myself a Financial Life Coach.

Since I launched my new career in late 2015 I have never looked back. I get to combine my experience as an active investor (in real estate, financial markets and entrepreneurship) and my CFP knowledge with my passion for coaching and training. I’m grateful to have had the opportunity to leave a job that no longer served me and help others create a workable plan for turning their goals into reality based on what they truly value most in life. 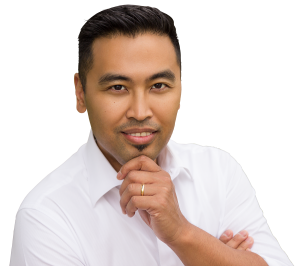