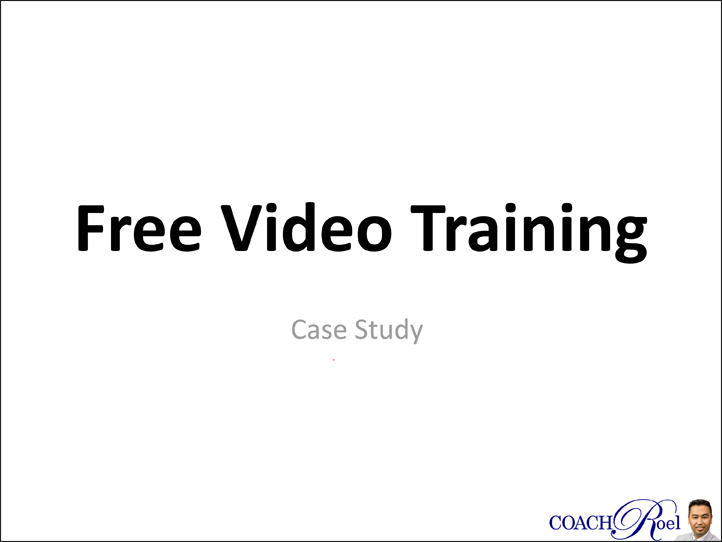 To watch this video, scroll down.

Ask Yourself These 3 Questions

If you’ve ever asked yourself these types of questions, then I hope this case study will help you.

In this video case study, I’m going to share with you a quick little story about Jim. Jim is your typical, honest, hard-working type of guy. Jim owns and operates a small roofing company with a handful of employees. Jim is married an 2d his son is in grade school.

Everyday Jim goes to work repairing or replacing roofs on people’s houses. It’s not easy work, but the money is good and steady when it’s not raining or snowing. He loves working outdoors, but putting roofs on houses can be really hard on the body–and Jim isn’t getting any younger.

Every month Jim and his wife are always pleasantly surprised if ever they have any extra money after paying their bills. You see, although Jim makes good money, it feels like all of his money goes to pay his bills. Forget saving for retirement. If Jim and his wife ever have any extra money they usually try to put it towards paying down their debts. Once in awhile he’ll try to remember to treat themselves out to dinner ortega Family Vacation other year or so.

What You Will Learn

What Jim did believe, however, was that money was hard to come by. He believed that he was doing the best that he could possibly be doing when it came to managing his money. He believed that a financial life coach such as myself, Coach Roel, couldn’t possibly teach him anything he didn’t already know. That is, until one of his relatives insisted that Jim speak with me.

Click the video below to find out how I was able to uncover over $96,000 of hidden wealth that Jim never knew he had. And then click the link below the video to see if I can do the same for you.

With a sincere desire to be of service,

For a limited time only, email me directly to schedule your FREE strategy session:

Let’s figure out together if my Mortgage-Debt Fix Coaching Program will be a good fit for what you’re looking for.