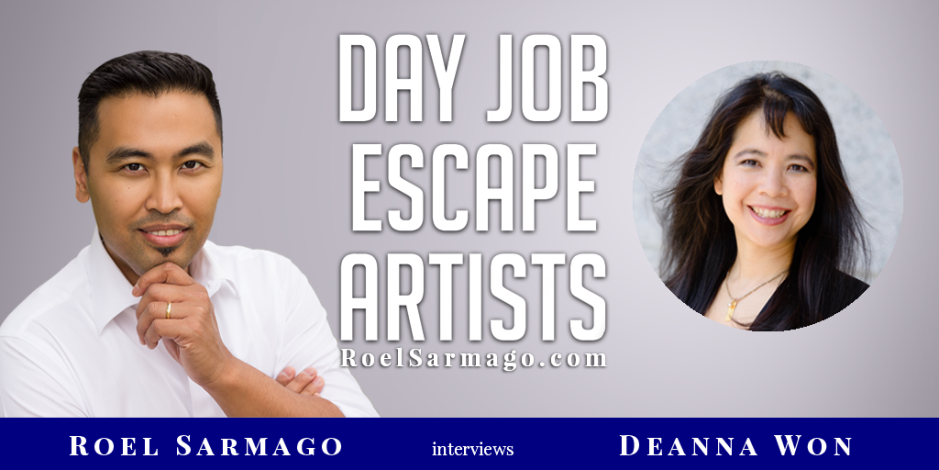 From deathbed to successful entrepreneur, Deanna Won’s journey is both inspiring and incredible. Join Roel Sarmago and listen to how Deanna faced the end of her life with faith and determination. Discover how she not only lived but found her passion for helping others—a passion that led her to quit her job and build an influential career through entrepreneurship.

One Month to Live

Doctors diagnosed Deanna with a terminal illness and told her that she had one month to live. Her time in hospice care was excruciating and painful. But pain is a powerful teacher. She learned truths about health and living that have shaped the powerful person she is today. With new found health and knowledge she found her passion in helping others through holistic healing. Through successful entrepreneurship she now teaches others as a health coach and speaker.

Deanna is a former Air Force Colonel and physicist of over 26 years. She is the recipient of several awards including:

Listen to this insightful story and learn why Deanna Won encourages everyone to let go of life itself in order to uncover peace and find freedom from fear.

This podcast is brought to you by:
REAL ESTATE CONNECT CENTER
Your Multi-National Real Estate Buyer & Seller Database

I use this myself and recommend it to all my coaching clients that want to start investing in real estate.
RECC’s elegance lies in its simplicity:
Save yourself the $1997 USD one-time license fee and save $180 USD each month when you sign up using my exclusive link: RECCSpecial.com. Get fully-functioning access free for 30 days—thereafter, only $19.99 USD per month—serving Canada, U.S., U.K., South Africa and India.

Download this episode by right-clicking HERE, or by streaming it below.