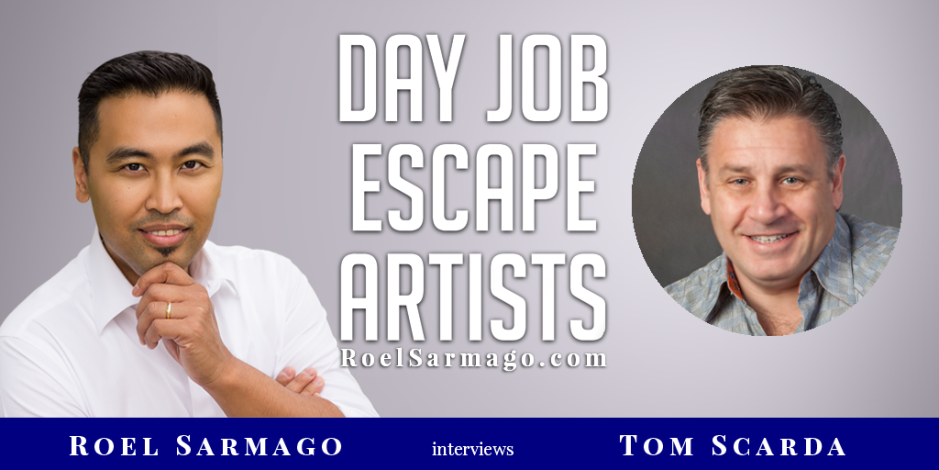 Have you ever felt like you are stuck on the rails of a dead end job; destined to do your mundane task to keep your shirt on your back?  New York City Subway Conductor Tom Scarda believed he was going to be stuck as a transit worker for his whole life.  It was a job that kept his wallet satisfied but he was a man who had an innate drive to do more.  He worked with a consulting agency to find a franchise he could buy into.  He left a job that gave him no sense of fulfilment, and risked it all to find happiness in a different career path.

In this podcast episode, join Roel Sarmago and Tom Scarda as they discuss the benefits of risking it all to grow your own franchise business. Tom shares his experiences while giving sagely advice about leaving your safety net to pursue your dreams.

Going Off the Rails

Tom Scarda decided to do more with his life and became a franchise owner.  He bought into a smoothie company and helped it expand its reach.  He built a successful franchise that spread all over New York City.  He sold his thriving business and was able to semi-retire at the age of 41.  Now he spends his time advising other people who want to start their own franchise as well.

In this podcast learn the basics of how to start your own franchise.  Tom Scarda goes into depth about the type of franchise you should own based on your personality, personal life, and who you are in general. He also lists the fatal choices people make when they rush into owning a franchise.  Listening to this story of a man who chased his dreams and caught them is an inspiration to all the young entrepreneurs looking to get out of their dead end jobs.

In this podcast episode, Tom discusses what you need in order to successfully own and operate a business

Listen to this inspiring podcast interview and learn some very valuable lessons from a successful entrepreneur.

This podcast is brought to you by:
MortgagesByRoel.com

Download this episode by right-clicking HERE, or by streaming it below.